So I’m all pumped for my first participation in The Session, and fate conspires against me so that I don’t get it done in time. Without going into excuses, I’ll forge ahead and make the entry. Let it be stated, however, that next month’s session will be done on time, dammit!

The theme for this month’s The Session is The Day Of The Dubbels. Now I’ve had a decent share of Dubbels, but I was hard-pressed to put into words what the style is. So I went over to the BJCP site to learn how they describe a Dubbel.

In short the BJCP described a Dubbel as a malty, rich-fruit-estered (raisin, plum, cherry aromas), softly-alcoholic Belgian brew, with minimal, if any, hop presence. The style guideline describes a dark amber to copper color range, with hues of red. I’ve seen some pretty chocolaty-red dubbels though. It sounded like this is really a beer that showcases malt and yeast … with a little bit of alcoholic warmth.

There’s also the idea of gravity (a measure of “stuff” in the beer) that some use to help identify what may be considered a Dubbel. If you consider the BJCP style guidelines, they specify Dubbels as having a gravity range between 1.062 and 1.075. Some beers reference gravity right in the name such as the classic Rochefort 8 or Maredsous 10. This number refers to an older Belgian system of referring to gravity. An 8, for example, described a beer that has a specific gravity of around 1.080 (gravity – 1 * 100).

OK … so with my research done, I was off to Newport Market to pick up my session beers to explore the theme. Below is the round-up of what I came home with. 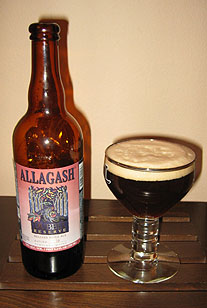 Appearance: Nice size head, off-white, hanging onto glass and slowly deflating in the middle. Deep orange-brown.
Smell: Malt with fruity esters of spice, tobacco, and some ripe fruit.
Taste: Alcohol heat, spice, and … hop bitterness. Don’t think the hop bitterness should be so up front. Definitely not very much residual sweetness at play here. Very dry. Tobacco again, and a hint of plumb at the end.
Mouthfeel: A pretty light-bodied dubbel.
Drinkability: I won’t be buying this beer again. Just didn’t seem to fit the style very well. 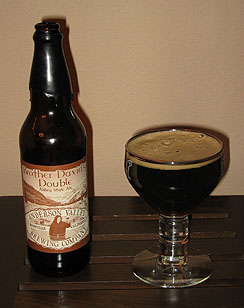 Appearance: Pours a lovely chocolate orange. Thin tan head that dissipates rapidly.
Smell: Aroma is a bit thin. Had to get my nose right up on the surface to get anything. Some malt. A slight, clean citrus smell.
Taste: Alcohol. Some hop bitterness. Not balanced. Definitely missing some malt flavor. Finishes with a hint of fig.
Mouthfeel: Nice medium-bodied mouthfeel.
Drinkability: Another dubbel that I’m not that wild about. Disappointing too, as I love many of Anderson Valley’s beers. 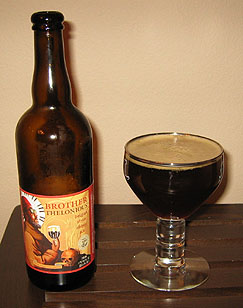 Appearance: Pours hazy orange-brown. Thin tan head that dissipates to a thin ring hugging the glass.
Smell: Nice malty aroma. A slight smell of ripe fruits.
Taste: Nice raisin esters with hints of plumb. Caramel malts right on just a touch of residual sweetness. Slight tobacco finish.
Mouthfeel: Good medium-bodied mouthfeel.
Drinkability: I enjoyed this beer, but would probably not buy a case of it. It is a decent example of the style although there are better out there. Seemed a bit out of balance for my taste.

So The Session ends with no new additions to my personal repeat performers list. Still, I feel a better appreciation for the style, and have thoroughly enjoyed performing the evening’s tastings. Definitely far from a loss. Good Sessions to all.